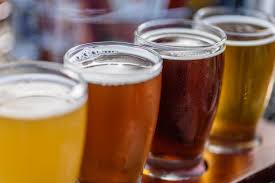 The recent decision in R. v. Sullivan issued by the Ontario Court of Appeal has caused concern among feminist activists and other groups who deal with sexual assault law. The decision ruled that extreme intoxication akin to automatism can now act as a defence in criminal law.

The case caused an abundance of misinformation to be spread about criminal law defences with respect to sexual assault. As a feminist litigator and LBGTQ+ activist, Angela spoke with Refinery 29 to clarify the decision and explain its impact on sexual assault survivors. She says:

“I understand why the feminist community, of which I am a member, is so up in arms about this because the government’s stated purpose in enacting 33.1 was to protect women. That is the most laudable goal I can think of, and there are so many things our legal system can do a better job on in that respect. But it doesn’t mean you can have laws that are unconstitutional.”

Read the full article explaining the decision at https://www.refinery29.com/en-ca/2020/06/9860218/intoxication-defence-sexual-assault