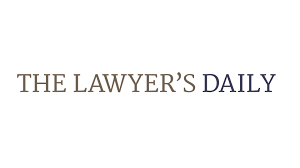 The Lawyer’s Daily interviews Toronto lawyer Angela Chaisson about a series of high-profile cases involving female complainants in which comments made by judges became a focal point for debates about feminism and the judiciary.

Angela regularly represents female complainants in sexual violence cases. She reflects on her experiences, and the role of equality in the court process.

She states that “Saying that you’re a feminist in court is perfectly appropriate, because believing in equality of all people is a prerequisite for being on the bench, like saying that you’re not a racist. That is not controversial.”

Read the full article at https://www.lawtimesnews.com/resources/professional-regulation/judiciarys-comments-on-women-come-to-fore/323866