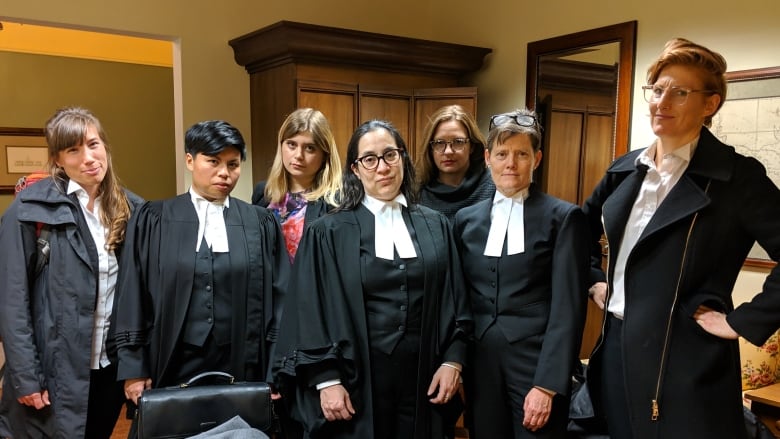 Angela Chaisson, a litigation lawyer in Toronto, is pleased to weigh in on the debate around gender-neutral robing rooms at Osgoode Hall. Angels argues that women are now the majority of law students and recent calls. But they remain excluded from all spaces where important decisions are made — including partnerships and the most highly paid legal positions, the C-suite — even robing rooms across the province. Angela also notes that gender expressive and trans* lawyers must not be excluded on this issue, as they currently may not be welcome or safe in either robing room. They are integral to this conversation.